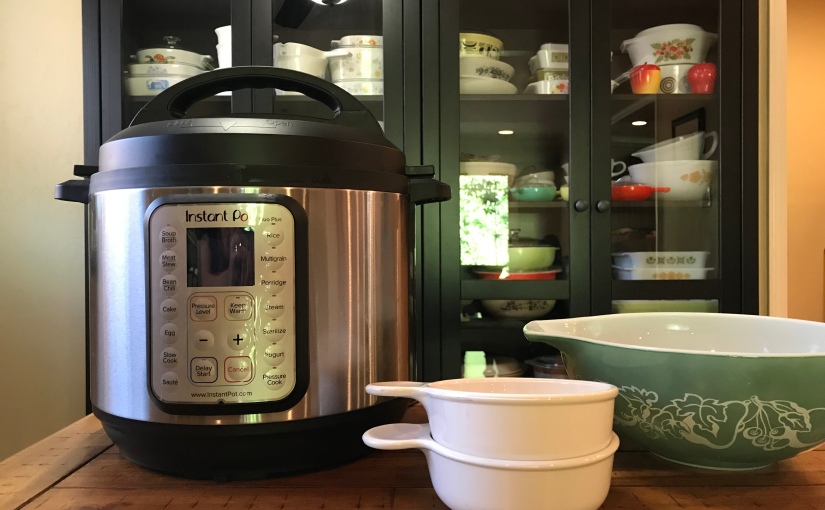 I was late to the Instant Pot craze, and I never thought anything could replace my beloved slow cooker. But the magic and speed of pressure cooking has really won me over! I’ve tried a bunch of different recipes and experimented on my own a bit, and everything has generally come out pretty good. When it comes to recipes that I’d want to make again, though, only five have made the cut so far. Here they are, in no particular order.

Note: I use the 8-qt Instant Pot Duo Plus, but I think all of these recipes would work in the 6-qt size Instant Pot or other similar pressure cookers.

Instant Pot Perfect Brown Rice Pilaf
This is my new favorite way to cook brown rice. It comes out nutty and flavorful, with just the right texture, and goes well with just about any entree.

Easy Pressure Cooker Chicken and Chickpea Masala
This curry tastes complex but is truly no-fuss. I like to use boneless skinless chicken thighs, which changes the pressure cooking time to 8 minutes. I also prefer to stir in the spinach at the end, rather than pressure cooking it as the recipe directs.

Instant Pot Chicken Tortilla Soup
This rivals the brown rice pilaf as the recipe I’ve made the most. It’s super easy, infinitely customizable, and smoky-spicy-delicious.

Instant Pot Korean Ground Beef
One of the fun things about this recipe is that it employs the pot-in-pot method, where the rice cooks in a separate bowl at the same time as the beef. The beef is really yummy on its own, but also makes a great taco filling.

Easy Pressure Cooker Pork Chile Verde
Just wow! Besides being both easy and delicious, this recipe is fascinating because it does not call for any liquids up front. The onions, chiles, tomatillos and pork release enough moisture to attain pressure in the cooking process, and provide ample sauce. So much sauce, even, that I think I will try using 5 lbs of pork next time rather than the 4 in the recipe.