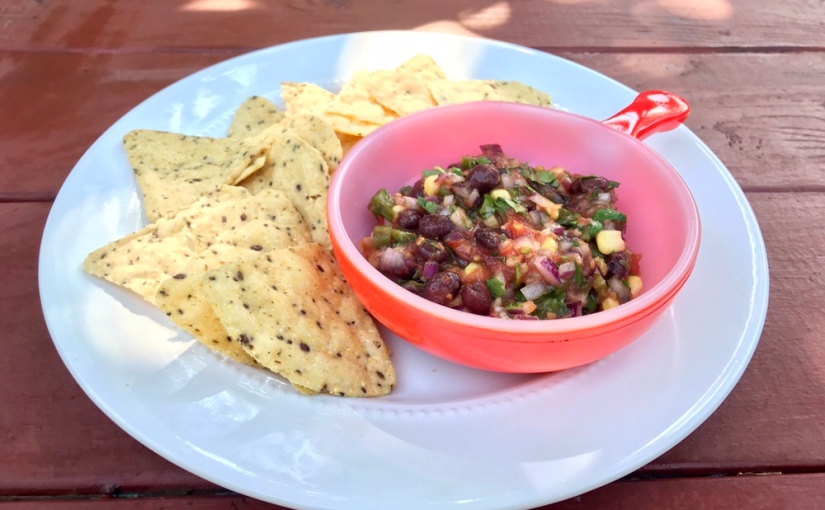 There’s nothing like fresh homemade salsa — especially if you grow your own tomatoes. But if you’re like me and pretty lacking in the green thumb department, supermarket tomatoes can still make a tasty salsa, with a little help from the broiler.

I typically opt for cherry tomatoes, because they seem to have the most flavor of all the grocery store tomato options. Roasting them helps concentrate that flavor even more and gives them a mild smokiness — creating a great salsa base. Roasting the jalapeños mellows them out a bit so that they add just the right amount of spice. Corn brings a little sweetness, and black beans practically turn the salsa into a meal in itself!

This recipe makes about 4 cups of salsa — enough to bring to a party and save some for yourself. 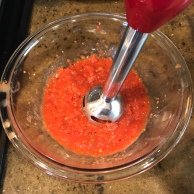 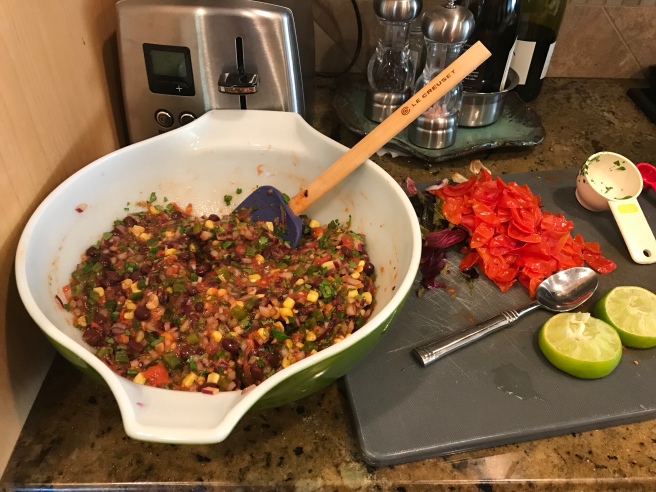 Preheat oven on the broiler setting and set a rack about four inches from the heat source. Arrange tomatoes cut side up on a lightly oiled sheet pan, then broil until they start to char in spots, about 8-10 minutes. Set aside to cool.

On another lightly oiled sheet pan, arrange garlic and jalapeños (also cut side up). Broil 4-5 minutes, then flip everything and broil until jalapeño skins are well charred. Keep an eye on the garlic to make sure it doesn’t burn (you’ll probably need to take it out a few minutes early). When the jalapeños are done, transfer to a Ziploc bag, seal and let sit for about 10 minutes (this helps separate the skins from the flesh of the peppers).

Squeeze the garlic out of its skin and mince. Place in large bowl and add onion, black beans and corn. Peel the jalapeños, chop fine and add to the bowl. Mix well.

Squeeze the tomatoes out of their skins and into a small bowl. Puree with an immersion blender (or regular blender), then stir into the black bean mixture.

Add salt to taste, then stir in lime juice and cilantro. Chill for at least 1 hour before serving.